In this video Dr. John Gilmore demonstrates the correct procedure for removal of an epidermoid cyst. Many people often call any small, painless lump under the skin “sebaceous cysts.” But those are most often “epidermoid cysts.” Sebaceous cysts are much less common and affect the sebaceous glands, the oil glands in the skin.

Epidermoid cysts can be made up of a protein called keratin and fat. They usually appear on the face, neck, or upper body, especially the chest and shoulders. They erupt for many reasons, most often because of acne or mild skin injuries. (When they are formed because of swelling around hair follicles, they are called pilar cysts.) Epidermoid cysts are usually small, from a few millimeters to about 5 centimeters across, and they grow slowly. They are more common in men than in women. 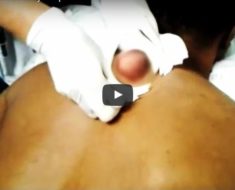 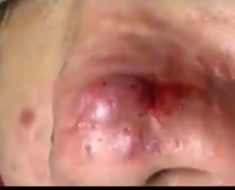 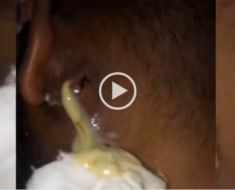 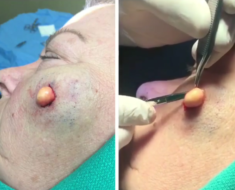 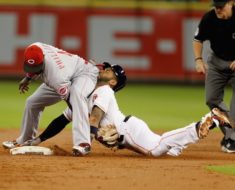 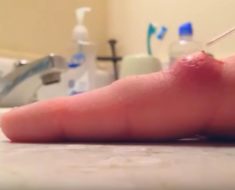